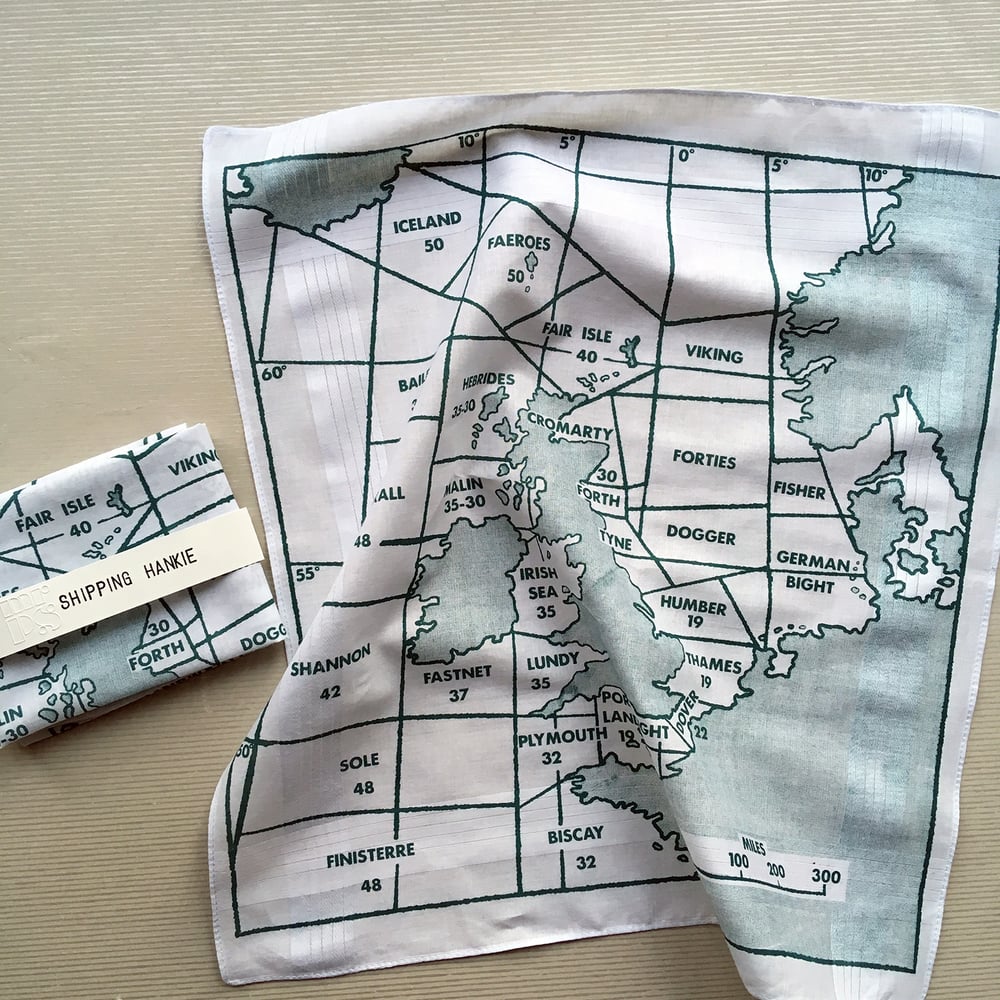 A screenprinted cotton handkerchief featuring a vintage map of the UK shipping forecast areas around the coast of the British Isles and Northern European coastline.

The Shipping Forecast is a BBC Radio broadcast of weather reports and forecasts for the seas around the coasts of the British Isles. It is produced by the Met Office and broadcast by BBC Radio 4 on behalf of the Maritime and Coastguard Agency.

Hand printed in the Mr.PS studio in Salford.

Available in a choice of colours, teal green and coral red.

A great gift for a sailor or fan of Radio 4!